City Of Elk Grove Opens The Preserve In Grand Fashion

While the weather was dreary, the mood was certainly anything but during the Grand Opening Ceremony of The Preserve at District56. The event drew an estimated 300 people. Some of these guests included Assemblyman Jim Cooper, Elk Grove’s City Council, and members of the Wilton Rancheria Tribal Council. It was a joyous occasion full of families, culture, and a hopeful eye toward the future.

“Our city continues to grow, but The Preserve represents our city’s commitment to conservation and our desire to ensure that there are sustainable spaces for future generations.”

The newest of Elk Grove’s nearly 100 parks, The Preserve features accessible all-gender restrooms, a .6-mile paved loop, a shaded playground for younger children, and varying physical abilities. The merry-go-round, for example, is flush with the ground and open enough to accommodate a wheelchair or walker and has a seat. There are also several musical instruments that are accessible for play. Also, there is a large play structure for older children and a large grassy field. Children and adults alike seemed excited about the new and unique playground. And several adults were seen testing out the hill by sliding down alongside the children. It’s definitely a welcome addition to District56. Asma Abusneinea, a local stay-at-home-mom who recently moved to Elk Grove from Stockton. She appreciates having a safe place to let her 2-year-old son play at The Preserve.

“I don’t have to worry about him running into the street. And the gate around the water, that’s really important, too.”

But perhaps the crown jewel of The Preserve is the reason for its name: the wildlife habitat. The webpage for District56 describes it as “a habitat restoration of wetlands, native grasslands, and preservation and expansion of the native oak forest.” The Preserve is home to native birds, snakes, mammals, and insects. Also, it is a vital component in the city’s efforts to cohabitate with local wildlife in an ecologically responsible way. Conservation of this land is something that is not only important to our future. Also, it is a nod towards the city’s history.

“Today is very important because for us, we’re a 7-generation people, so looking at what we’re doing today and down the road, we’re leaving it a better place. Something like today, this habitat is going to be left in its natural state and be around for us to enjoy in the future, which speaks to who we are as a people.”

Chairman Tarango, along with several members of the tribal council, delivered a moving traditional blessing of the park. During the ribbon-cutting ceremony Don Diego, a trained Harris’s Hawk, flew under the ribbon as it was being cut. Lunch was served by the local chapter of the Veterans of Foreign Wars (VFW) post-2073. Additionally, families participated in a scavenger hunt organized by the City of Elk Grove.

The Grand Opening Ceremony was as lovely as the park itself. 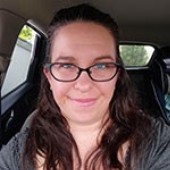 Women Of Elk Grove Say “We Will Not Be Silenced”

Elk Grove Brewfest Is April 19, 2019! Buy Your Tickets Before They Sell Out!