The Level 3 lockdown happened at Cosumnes Oaks High School and Elizabeth Pinkerton Elementary last Friday roughly around 10:00am and lasted about two hours. Both EGUSD Safety and Security Division, as well as the Sacramento County Sheriff’s Office, responded to the call. According to reports, anonymous social media posts containing threats of violence circulated earlier in the week. The threats, which were directed at the school and contained racial slurs as well as political messages, were false. The posts were a hoax. Reportedly, a witness reported a student with a gun. A gun was never found. Sacramento County Sheriff’s Office spokesperson stated “Reports of a weapon on campus were unfounded.”

Keshia Redmond, mother of one of the victims is upset for her son.

“EGUSD has a long standing history of bias and here we are in 2021 and it appears to be getting worse.”

Mrs. Redmond watched her son be walked out of class by eight police officers on video. The victim, Ja’len Flenory, a leader and star athlete said during the incident he was “mainly scared, frightened and shocked because I was not expecting that to happen to me on that very day”. Watch the ABC10 News Story here. She says after being searched, the officers asked her son for his backpack color, which did not fit the description given in the reports. The description included a Black Hoodie, white shirt, and dark skin. School staff produced the description. Because the original post was anonymous, it’s unclear where school staff obtained the information for the description given to police officers.

“As a mother, I just want my son to have a chance.”

Black Youth Leadership Project, a national education advocacy organization based in Elk Grove, is working with parents and students impacted by last week’s incident. BYLP advocates say several of the Black students targeted are traumatized. They believe the students were racially profiled. They also believe EGUSD violated its own policies and procedures during the lockdown. The organization has been in contact with the District and are pursuing justice for the affected students.

“Since its inception, BYLP has served over 3,500 students and has helped make the Capitol and its Black staff more accessible to our youth and community.  Through our programs, Black Youth Leadership Project (BYLP) seeks to introduce more youth to the legislative process in an effort to connect the need for and an understanding of democracy and public service at an early age. Through accumulation of concepts, ideas and a greater understanding of the role of citizens and government, BYLP lifts youth closer toward platforms of academic achievement, career growth and leadership opportunities.”

Elk Grove Unified School District has a long history of complaints made by Black students and parents. Read our recent report, Elk Grove Unified School District Urged To Act In Support Of Black Students. According to Suspending Our Future: How Inequitable Disciplinary Practices Disenfranchise Black Kids In California’s Public Schools, EGUSD is number one in the state of CA for Disproportionate Discipline of Black students.

Black Youth Leadership Project (BYLP) is urging any other students who have been victimized in this lockdown or EGUSD in general to file a complaint. To file a complaint against EGUSD, visit the website. 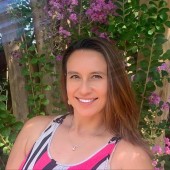 Elk Grove Brewfest Is April 19, 2019! Buy Your Tickets Before They Sell Out!