An 87 year old woman, identified as Lien P. Dang, was killed in a hit-and-run on Saturday in South Sacramento. So far no arrests have been made.

The collision happened the evening of Sept 26 shortly after 8:30 PM on Lemon Hill Avenue off Stockton Blvd, just blocks from her apartment complex where her family said she often walked to assist the homeless with food and supplies.

The Dang family is pleading for help from the community with any information that can lead them to a suspect.

When speaking with grandson, Robert Thach, he told the Elk Grove Tribune that his grandmother was a saint who served her community.

“My grandma was a saint that would cook and bring food to feed the hungry and homeless. She was killed while out serving her community. Someone out there knows something. Please come forward so we can hold her killer responsible and let her rest in peace.”

STILL SEARCHING FOR A SUSPECT

The driver immediately fled the scene and is still at large. According to the Sacramento Police Department this remains an ongoing investigation.

The family has set up a GoFundMe to assist with support in burial and funeral costs. 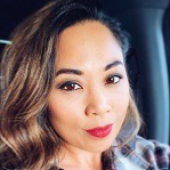 Marissa Johnson is our Executive Editor, Public Relations Specialist, and Photographer. Marissa has a degree in public relations from Sacramento State University.  In her free time she enjoys spending time with her family and their two dogs, cooking , baking and is an avid runner. She also runs a photography business on the side.