Recently, the City of Elk Grove started a program that pays unsheltered Elk Grove residents to clean up their encampment spaces. With unsheltered homelessness on the rise in Elk Grove, along with a large amount of trash increasing in the City, Elk Grove officials including Elk Grove Police discussed finding a solution that would benefit both the environment and the unsheltered population. Hoping to form a better relationship, the program intends to work hard to fit the needs of the community. The program is a new pilot or test to study its effectiveness before it’s introduced to a wider area.

Every two weeks, City officials distribute trash bags to unsheltered homeless encampments in Elk Grove. When they drop off the bags, they pick up the trash collected by the unsheltered encampment residents. In exchange for this hard work, the City provides them with $20 gift cards to local grocery stores. These gift cards can be used for any product except alcohol and cigarettes, with food and hygiene items being the most popular purchase items.

More About Homelessness In Elk Grove

Elk Grove has the lowest rate of homelessness in Sacramento County, but homelessness is on the rise in the city, as it is in most communities in California. This circumstance is largely due to increasing housing prices and a serious housing shortage. The City continues to look at new options for addressing homelessness, including tiny homes and participating in regional efforts on housing and healthcare 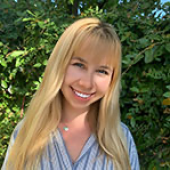 Man Arrested For Drive By Shooting In Elk Grove

Arrest Made On Mysterious Loud Booms All Over Elk Grove, M-80’s To Blame