Hungry Pecker Brewing Company began with two brothers home brewing locally grown hops. Co-founders and brothers, Brandon and Shawn Smith, had a passion for craft beer that sprouted from the Elk Grove Brewery in Old Town. A few years later, the two brothers became connoisseurs. With a do-it-yourself initiative, the duo began home brewing, which led to many experiments in different brewing techniques and beer creations. With Brandon as a seasoned carpenter, he borrowed skills from his carpentry to design and build a brewing system that was consistent in making batches of beer.The brothers’ dreams that spanned a decade slowly started to become reality when the Smiths and Preston Hanford, a childhood friend, came together to bring their brewing to the next level. Together, they took official steps to bring the Hungry Pecker Brewing Company to life. The name comes from a small inside joke that came about during a hiking trip around Hungry Packer Lake.All founders are life long Elk Grove residents who attended Elk Grove schools together. Today, they live in Elk Grove and have children that attend schools in the Elk Grove Unified School District.

Before this brewery, the Elk Grove Brewery and Restaurant served the community for 13 years until closing in 2008. Hungry Pecker will be the first brewery in Old Town since 2008. Hungry Pecker will be the fifth brewery in Elk Grove.Utilizing the city’s brewery and winery incentive and assistance program, the owners launched their new journey to birth the Hungry Pecker Brewing Company. The City Council adopted the incentive and assistance program in September 2018. In particular, this program provides $10,000 in incentive grants and does not require City Council or Planning Commission approvals for specific projects.

Currently, Hungry Pecker is en route to opening by the end of the year. The tedious part of starting a business is done. They are in the process of construction and working out operational details to ensure their big dreams becomes a solid reality.The brewery plans to operate from 2 pm to 10 pm, with live entertainment from 6 pm to 10 pm. 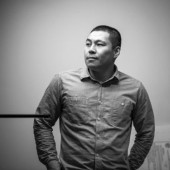 Dr. Sunny Le is our Contributing Staff Writer and has a passion for community engagement and helping the community grow. He is your local expert on what's happening in Elk Grove. His articles focus on community, events, local news, and local businesses to provide an entertaining read.

Sacramento4kids App Is A Godsend For Busy Parents