Our community is mourning today as it woke to the news that one of it’s finest was taken too early.  At around 5 AM this morning the California Highway Patrol received calls about a wrong way driver on highway 99.  Unfortunately, that wrong way driver collided with Elk Grove Police Motor Officer Tyler “Ty” Lenehan who was on his way to work on his motorcycle and in full uniform.  No details are available regarding injuries, but minutes after the collision first responders were on scene where they administered every life saving technique that they had at their disposal. It was reported by Police Chief Albright that the accident was witnessed by a fellow Elk Grove Police Officer who immediately stopped to render aid. Officer Lenehan was transported to U.C. Davis Medical Center, where despite the numerous efforts to save his life,  Officer Lenehan succumbed to his injuries.  The entire community of Elk Grove grieves the loss of Officer Tyler Lenehan, and undoubtedly holds his family in their thoughts and prayers.

Jermaine Walton, 31, was arrested and charged with four felonies, including a DUI and murder. At the time of this article’s publication, the Elk Grove Police Department and California Highway Patrol did not specify whether Walton was drinking alcohol or under the influence of any drugs.

Officer Lenehan is survived by his wife and two children. Elk Grove Chief of Police Timothy Albright described the Elk Grove Police Department as a family, and said that Officer Lenehan’s family will have them to lean on.

Chief Albright described Officer Lenehan as having “an infectious smile, genuine heart and his love for his God, his family, his profession and this community.” Chief Albright commented that this is the first time an Elk Grove police officer was lost, so the pain to the community is even greater.  “While we will grieve together, and we will mourn together, we will also remember together” said chief albright.

“Ty was a six year veteran of this family, this law enforcement organization. In 2020, Ty realized his dream to become a motor officer, to serve the citizens of this community of Elk Grove. And he did so with distinction and professionalism. Officer Tyler “Ty” Lenehan will be remembered for his an infectious smile, genuine heart and his love for his God, his family, his profession and this community. The Elk Grove community are grieving today. Our hearts are broken and I know our community mourns with us. While we will grieve together and we will mourn together, we will also remember together the sacrifice of Officer Tyler “Ty” Lenehan.”

ELK GROVE, CA – At 5:13 AM. on January 21, 2022, the California Highway Patrol Sacramento dispatch center advised of a wrong-way driver traveling northbound in the southbound lanes of SR-99 near 47th Avenue. While responding, a 9-1-1 caller advised CHP Dispatch the wrong-way vehicle was involved in a crash with a police motorcycle officer near 12th Avenue. CHP Officers and members of the Sacramento Fire Department arrived on scene and performed life-saving measures before transporting Officer Ty Lenehan, from the Elk Grove Police Department, to the UC Davis Medical Center. Despite efforts from UC Davis medical staff, Officer Ty Lenehan succumbed to the injuries sustained as a result of the collision.

Officer Lenehan’s service will never be forgotten. His positive attitude, infectious smile, and bright personality will forever be missed.

The California Highway Patrol South Sacramento Division is leading the investigation of this incident and released an update regarding the collision on social media earlier this afternoon. Review update.

Details regarding funeral services for Officer Lenehan are not available at this time.

The Elk Grove Tribune offers our heartfelt condolences to the family, friends, and colleagues of Officer Tyler Lenehan, as well as the Elk Grove Police Department. 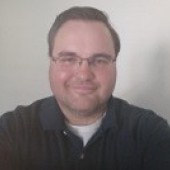 Another Skydiver Killed in Lodi