The new school will ease overcrowding in a booming part of the city and symbolizes the growing bond with local Indigenous tribal members and elders.

Miwok Village sits on 10 acres of tribal land. The Wilton Rancheria Tribal Council worked with the Elk Grove Unified School District’ (EGUSD) on Miwok Village’s planning and design. The result was a school that will become a “kuchi honja,” the Miwok term for “a special place.”

“This was an opportunity to really educate our youth and community about the tribe’s culture and traditions and to help preserve that,” said District Trustee and Board President Crystal Martinez Alire, an enrolled member of the Ione Band of Miwok.

“The Elk Grove Laguna area was always an area that thrived with native tribes. Having the school is significant to honoring that community.”

First Day Was a Good Day

The school currently has 657 enrolled students, according to Principal Jodi Boyle. About three-fourths of them started on the first day as part of the year-round multi-track schedule. But even with a smaller crowd, opening day jitters abounded. Teachers said they could tell some students were a bit nervous. They talked about the new friends they’d make and the old ones they’d see. The smiles grew to hear about the exciting new things they’d learn. Most importantly, teachers said it was their first day too. So their new adventure would happen together.

“Our three words this year are courageous, wise and strong,” said teacher Christina Altizer, who can’t wait to start creating a new school culture. “We’re going to teach students how they can be that on the playground and in the classrooms. It’s going to be awesome.”

Two days before school opened, an on-campus ceremony took place to formally mark its completion. Many teachers and students met each other for the first time. The opening remarks and prayers were led by tribal elder, Mary Tarango.

“We are blessed to be here. I think about the amazing teachings that will be going on here for all of the children,” said Tarango.” I know that the people here will continue to promote tradition and culture for all. Not just the Miwok people that are here, but all cultures.”

A blessing of the land was also led by Wilton Rancheria Vice-Chairwoman, Raquel Williams. Traditional native dances also took place. City and school district officials praised the unprecedented cooperation with the Wilton Rancheria tribe. Every detail was taken into consideration, including the types of plants; the murals in every building, and the colors and selection of the Grizzly mascot. They all have a connection to the Miwok tribe.

“This is one of the best built projects we were able to be part of,” said Wilton Rancheria Chairman, Jesus Tarango.

“The community actually cared about what we had to say. Everything you see around the school and the things that are coming truly was two communities working together.”

Working together is going to be a big part of addressing growth in Elk Grove. The school district is bracing for unprecedented growth over the next several years. It anticipates Laguna Ridge alone will increase to an additional 725 students by the 2025 school year.

For now, Miwok Village will provide significant relief to the region. Zehnder Ranch was the only elementary school east of Bruceville Road and south of Elk Grove Boulevard. With a student capacity of 1,270, the school would face challenges to accommodate the 1,404 students in its attendance boundary.

To learn more about Miwok Village Elementary School visit them online at: https://miwokvillage.egusd.net/ 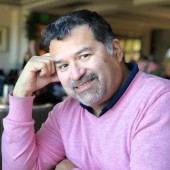 Elk Grove’s Annual Beer and Wine Tasting Event is Back