Surrounded (yet socially distanced) mostly by family and friends, today former Elk Grove Unified School Board Trustee Bobbie Singh-Allen officially took the reins as Elk Grove Mayor. California Congressman Ami Bera swore in Singh-Allen this afternoon in a closed inauguration ceremony. “We did it!,” Sign-Allen proclaimed as she addressed the small crowd. “Everyone has a seat at the table, whether you supported me or not,” Singh-Allen continued. She is a second-generation Sikh American and the first Sikh American elected Mayor of Sacramento County’s second largest City. Furthermore, Singh-Allen is also the first Sikh woman directly elected to office in United States history. Video of the ceremony went public during tonight’s 6PM Elk Grove City Council Meeting. In addition, tonight Elk Grove City Council officially certified the results of the November 3rd election, presented the Oath of Office to the Mayor and City Council Members elect, and selected Stephanie Nguyen as Vice Mayor. Mayor Singh-Allen herself nominated City Council Member Nguyen. Council Member Hume seconded the motion.

“I look forward to being a champion for our city and bringing our community together. Whether you supported me or not, I invite you to work with me to move our city forward. From now on, everyone has a seat at the table. Elk Grove’s best days are ahead.” – Bobbie Singh-Allen, Mayor of Elk Grove

“You are the first Sikh woman to be directly elected as Mayor in the United States of America. That is remarkable. What that does is, to all the other young women, like my daughter, and others around the country, it says to them, I can do it as well!” -Congressman Ami Bera, CA-7

“Today marks a new dawn in the City of Elk Grove with the inauguration of Bobbie Singh-Allen as our Mayor. I congratulate her on making history as the first Sikh Woman Mayor directly elected in the USA and for becoming Elk Grove first directly elected woman Mayor. I’ve had the honor of working with Bobbie over the years and I have no doubt that Bobbie’s leadership and tenacity will lead Elk Grove through these trying times and Elk Grove will persevere and continue to be the region’s best city to live, work and raise a family.” – California Assemblyman Jim Cooper, CA-9

“Mayor Singh-Allen is the real deal who has dedicated her life to leveling the playing field for all people. She is and has always been, a down to earth, approachable, kind and caring person. Bobbie is a person who actually “listens” to what she hears. Mayor Singh-Allen is one of us.” – Dave Neves, Retired Educator after 40 year+ career as a teacher and principal in the EGUSD

“Warmest congratulations Bobbie on your election success and for running such a dynamic, inspiring and inclusive campaign. I am delighted you will be the Mayor of Elk Grove. You will bring passion to the role, unity, integrity, transparency, and strong leadership. You show great concern for others and your willingness to listen is commendable. You set the bar high when you served on the Elk Grove Food Bank Board of Directors. You displayed a loving spirit, advocate for social justice, commitment and most of all, compassion for those in need.” – Marie Jachino Executive Director Elk Grove Food Bank Services

Singh-Allen, who received more votes for than anyone in the history of the race for Elk Grove Mayor, replaces outgoing Mayor Steve Ly. The two engaged in a heated battle that included allegations of harassment and bullying by supporters of the former Mayor. Ly denounced any such behavior and denied any involvement. Singh-Allen won with 45% of the vote. She takes office during a time of crisis due to the Coronavirus Pandemic – Elk Grove along with the rest of Sacramento County entered its 2nd stay-at-home order this week as cases spiked and hospital capacity reached its limits. Sign-Allen also takes office at a time of growth and transition for the City of Elk Grove.

The 28-year Elk Grove resident ran on a platform of good governance, public safety, a strong business community, economic recovery from COVID-19, and easing traffic congestion and transportation. Watch video of the inauguration below. 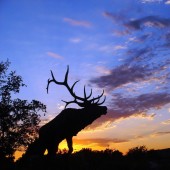