On October 7, 2019, a final order was issued by District Court Judge N. McFadden of Washington, D.C., in which it dismissed the latest attempts by Stand Up for California to halt the Wilton Rancheria Resort and Casino project in Elk Grove, California.

Wilton Rancheria proposed a casino and resort to be built on a 35.9 acre parcel along Highway 99, just north of the Outlet Collection at Elk Grove, otherwise known as the “ghost mall.” Stand Up for California, an organization that focuses on gambling issues throughout the state, has attempted to keep the Casino project from happening a number of times.

The most recent claim brought to the courts was dismissed on Monday when Judge McFadden ruled in favor of the U.S. Department of the Interior’s authority and decision to place the Elk Grove land into a federal trust, a decision made earlier in 2017.

Chairman for the Wilton Rancheria, Raymond Hitchcock, stated: “We are gratified by the judge’s ruling to decisively reject dishonest arguments put forth by well-funded special interest groups that have tried at every turn to stop our project. We will continue to move ahead with our plans to build the resort and casino, which will create thousands of jobs and represents the investment of hundreds of millions of dollars by Wilton Rancheria in the City of Elk Grove and Sacramento County. Our Tribe was landless for nearly six decades. It is time to put to rest once and for all these groundless claims so we can create a brighter future for our children, grandchildren and generations to come.”

The full press release can be viewed here.

Stand Up for California had a number of other arguments which were also each dismissed by the judge. Stand Up argues the validity of the Wilton Rancheria Tribe and their rights to the Elk Grove land. Judge McFadden ruled that the Tribe has a “significant historic connection” to the land and that arguments made otherwise were invalid.

Stand Up also argued that the public did not receive a fair opportunity to select the location of the proposed casino and resort project. Judge McFadden denied these claims stating that the Tribe held a “town-hall-style meeting” in which both the Elk Grove location and even a Galt location were proposed. Public comments were heard at this meeting as well.

Wilton Rancheria is the only federally recognized tribe in the County of Sacramento. They were only restored in 2009 after their tribal status was terminated in 1958.

According to the Wilton Rancheria website, the project is expected to create thousands of jobs, service payments for law enforcement, fire protection, traffic improvements, roadway maintenance and utilities, and be a venue for banquets, reunions, retreats, and more. The Tribe said the project would assist their people by providing jobs and healthcare as well “the ability to give back to the community.” 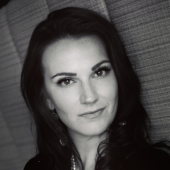 Rachel Lee Perez is our Contributing Staff Writer. Rachel is a two-time published author of the books Happily Ever Afterlife and Home. She is also a podcaster, paralegal, dance instructor, and passionate Elk Grove City resident. When she is not attending fun Elk Grove events, you can usually find her at home watching history documentaries, catching up on true crime podcasts, or diving into a good book.

Festivals In Elk Grove Are Back! Uncorked & Uncapped 2021!