Op-Ed: Is Dissolution The Right Penance For The NRA? Civil Debate Preserves A Representational Democracy

In a time of extreme nationwide political polarization, just whispering the name of the largest and oldest non-profit gun rights advocacy group based in the United States can cause an uproar.

The National Rifle Association, or NRA as it is most commonly known, tends to be at the center of much of that debate.

On August 6, 2020, the New York State Attorney General Letitia James filed a lawsuit that seeks to dissolve the nation’s most powerful gun rights lobby. At the conclusion of an 18-month investigation into the NRA, Ms. James asserts in her filing that the NRA is guilty of years of corruption and misspending of its member’s contributions.

“It’s clear that the NRA has been failing to carry out its stated mission for many years, and today, we sent a strong and loud message that no one is above the law. Not even the NRA.”

Named in the suit are Wayne LaPierre, the long time chief executive officer; John Frazer, the non-profit general counsel; Joshua Power, a former chief lieutenant of Mr. LaPierre; and Wilson Phillipos, a former chief financial officer. Ms. James alleges these men have misused millions of dollars of the foundation’s funds.  The suit claims they misappropriated funds for international trips, jaunts on private jets, and expensive meals. Ms. James’ position as New York State Attorney General, gives her unique jurisdiction over the NRA.  Namely, as the NRA was charted as a nonprofit in New York over 148 years ago.

“Charitable organizations function as public trusts—and District law requires them to use their funds to benefit the public, not to support political campaigns, lobbying, or private interests,” said AG Racine. “With this lawsuit, we aim to recover donated funds that the NRA Foundation wasted. District nonprofits should be on notice that the Office of the Attorney General will file suit if we find evidence of illegal behavior.”

The NRA Responds Quickly & Firmly With Its Own Lawsuit

Almost immediately, the NRA struck back by filing a counter federal lawsuit, claiming Ms. James is using her position as Attorney General improperly. The organization claims her actions are politically motivated and violate the organization’s First Amendment rights. “There can be no doubt that James’s actions against the NRA are motivated and substantially caused by her hostility toward the NRA’s political advocacy,” the lawsuit filed in the Albany Federal court claims.

NRA’s president, Carolyn Meadows, shared via an email statement to NRA members that this lawsuit was a “baseless, premeditated” attack on the NRA and on gun rights.

Meadows went on to assert:

“You could have set your watch by it: the investigation was going to reach its crescendo as we move into the 2020 election cycle. It’s a transparent attempt to score political points and attack the leading voice in opposition to the leftist agenda. This has been a power grab by a political opportunist – a desperate move that is part of a rank political vendetta. Our members won’t be intimidated or bullied in their defense of political and constitutional freedom.”

This Back And Forth Leave Many Americans To Ask, “Is Dissolution The Right Penance For The NRA”?

Is the National Rifle Association, the nation’s most powerful gun rights organization, in a battle for its continued existence?

We reached out over the past few weeks to ask the citizens, gunshops, and Second Amendment rights advocates of the Elk Grove and Sacramento regions their thoughts on the NRA.  We also asked them what they believe have been its contributions over the past 148 years to American gun owners and gun rights advocates.

Here Are Their Thoughts:

“As a small firearms business in the Sacramento Area, the NRA has a broad impact on our operations by educating both new and experienced gun owners on firearms handling and safety. The NRA’s teaching forms the basis for most of the firearms training done in the area. They help businesses like mine engage shooting sports enthusiast from 80 to 8,  from a responsible and safety-minded standpoint.”

“The NRA is a lot like the American Red Cross in that if you want to learn one of the skills taught by the organization, you pay a small fee to take a course and receive a certification. If you want to advance your skills, there are additional higher-level courses; and if you want to teach their program, there are instructor level classes open to anyone who meets the lower-level requirements. Both organizations exist to educate on safety. Both cater to anyone with the desire to better their skill-set.”

The lawsuit brought by the New York Attorney General against the NRA doesn’t pose any serious challenges to my business. We support the NRA, but we also support other educational, political, and legal action organizations like the National Shooting Sports Foundation, The Firearms Policy Coalition, and the California Rifle and Pistol Association. We rely on these organizations just as much as we rely on the NRA to promote safe and responsible firearm ownership and to provide protection for our second amendment rights as American citizens.”

Many local readers are concerned about maintaining their right to keep and bear arms.

However, others would argue that “it matters who is fighting to preserve that right” and “how they are doing it.” A  local non-traditional gun club advocate who asked to remain anonymous, shared via a private message, “I would hope Second Amendment rights advocates would want someone else to lead the NRA into the future.  An intelligent donor does not want the organization they trust run by leaders, who would squander their donations upon themselves.”

Why Bring Up Such A Divisive Political Topic?

I would like to say thank you to all of our readers who participated in a respectful and informative discussion on the NRA!

The NRA will, of course, get its day in court. And no, it is not up to the citizens of Elk Grove to decide their fate.

However, it is up to each of us to respectfully discuss social issues that influence or affect the citizens within our community. Each of us is in a position to affect social change. Talking about hard issues is the start of that process. Every politician and policymaker is elected by the people.

The citizens of this community are the people and the people choose who they want to represent them.  This choice is usually made based on which social issues the campaigning candidate has promised to take on.

A community is affected by decisions the politicians and policymakers make and the laws they pass. Local gun ranges, gun shops, sporting goods stores, hunting guides, and firearms-related sales/manufacturing jobs could all be impacted by the policy that is written by who “We the People” choose to lead us.

Discussing polarizing social issues, such as organizations like the NRA,  in everyday life helps create awareness of the issues surrounding them. And the purpose of civil debate and discussion is a better understanding of problems related to the social issue and topic. Civil discourse or debate is engagement in discourse (conversation) intended to enhance understanding.

Most Americans would agree that the issues surrounding the Second Amendment are complex and that they are often misunderstood. Or worse, misconstrued to fit the ideological platform that the campaigning politician has aligned themselves with.  The conversation becomes too often one-sided and then ceases to continue all together. However, if a conversation is a natural way that humans think together, what gets lost when we stop talking? Does democracy begin to die, in the dark, without conversation and civil discourse?

Democracy Dies In The Silent Darkness

I and others fear that this election cycle, with its deep divisions and extreme contentiousness, has sharpened social fractures within the United States. Thus curtailing any chance of resuming the rational, civil national discussion that unites the people.

The United States’ democracy is a system based on the principle of the rule of the people by the people. And if the people are not even talking to each other anymore…what do we have?

Not a Democracy; that is for sure.

More citizens talking about complex social issues helps to raise the popularity of the issues.  This leads to an increase in momentum to push for social ideological change or to cement long-standing cultural heritage.  Also, the more often you talk about these issues, the more you make yourself and your fellow citizens think about them. This leads to greater clarity on what the bigger picture is for everyone. This leads to clearer demands that”We the People” can place on our political representatives who lead on our behalf in our representational democracy.

To Change The World, Good Intentions Are Not Enough

Yes, talking to each other and being active listeners alone is not enough to create change.  While talking is critical, We the People must get involved to protect what matters to us.  Or, by contrast, we must get involved in challenging the social issues that we would like to see change.

There are many ways to get involved in civic discourse such as:

Without a doubt, it is necessary to act and to vote if you want to see real change happen or to maintain the representational democracy which we hold so dear.

No matter what you do, please do not stop talking. Do not stop listening to each other. Do not stop trying to understand your fellow citizen’s viewpoints. We do not have to agree, but we do need to hear each other.

A stopping of discussion and civil debate is how democracy dies — in full view of an exhausted public that couldn’t find the words to say or the ability to hear the viewpoints of others.

Via This Community Discussion, Many Readers Shared Local Alternatives To The NRA

We received many suggestions for alternatives to the NRA and will share those we could find links for:

Op-Ed Disclaimer: This is an Op-ed article. The opinions expressed in this article are the author’s own and those of the readers who shared their thoughts with the author. The Elk Grove Tribune is not taking a position on this issue. 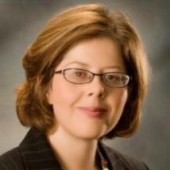 Op-Ed: I Was Harassed and Intimidated. Mayor Steve Ly Refused To Stop It.