As the weather in Elk Grove cools down, our thoughts often wander to warmer places such as Hawaii.  With that in mind, we noticed that Hawaiian Airlines has co-branded some of the their planes with the characters from the new Disney movie, Moana.  Hawaiian Airlines is one of our favorite domestic airlines, and after seeing Moana we realized that we are big fans of both the airline and the movie, too.  So, today we want to share some of our favorite things – Hawaiian Airlines, Moana, and some very special potato chips, too.

The planes:  Hawaiian Airlines has 3 planes with the special Moana livery.  Unfortunately for fans in Elk Grove, they are the larger A330 planes that fly to Los Angeles, and New York, and not the 767 planes that fly daily to/from Sacramento.  So, if you want to see the planes (as we do) you may want to look around next time you are at Honolulu International Airport.  Often the Hawaiian Airlines planes are lined up near each other, so you can hopefully catch a glimpse.  If that is not convenient, you can click here to see them.

Besides the cool planes, Hawaiian Airlines is such a nice way to fly to Hawaii.  They fly everyday to/from Sacramento.  One thing that sets them apart, is the cabin crew.  They are generally Hawaiians and Pacific Islanders who bring the feeling of Aloha with them.  Because the flight attendants are from the islands, we often are able to get some great off-the-beaten path recommendations for things to do, places to eat, etc. from them.  Along with the Hawaiian Music and decor that are featured on the planes, they also feed us!  Yes, an actual meal is included in the airfare.  That in itself feels like a luxury.  Speaking of food, one tip for anyone flying on the airline is to purchase the Kona Furikake Chips.  They are made on the Big Island, and they taste amazing!

Don’t let the name scare you – they are a special, and  greasy (in a good way), island treat.

Travel Tip:  Join Hawaiian Airlines email alerts.  They often have sales that last about 3 days for upcoming months.  So, you would have to act quickly to get the better airfare.  Also, when you are ready to purchase flights, take a look at alternate airports (SFO, OAK, and SJC) to compare prices with Sacramento (SMF).

Moana is a very well-done movie.  We both give it 2 thumbs up, and 4 palm trees out of 4.  The movie shows a very bright and strong Polynesian girl who follows her love of sailing to many adventures along with her friends.  Although it is set in the past on a Polynesian island, it is actually a very modern portrayal of a girl learning to find her way in the world.  She is a great role model for girls and young women in the 21st century.  It also has wonderful music, animation, and characters that appeals to all ages.  So, take the kids and the adults, and enjoy.  Tip:  Stay until the end of the credits to see the final-final scene.

Mahalo, and Travel On! 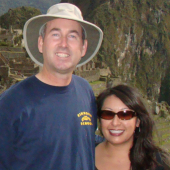 Travel in the Tribune

The Grandest Cruise Ship of Them All – Harmony of the Seas