Since 2014,  Team LaurenStrong has held a St Baldrick’s shave event in Elk Grove.  St. Baldrick’s Foundation is a non-profit that raises money for childhood cancer research.  Volunteers take pledges, like you would do if you were running a charity marathon, but instead of running they have all of their hair shaved off.  This year the event will be Mar 22 at BJ’s Restaurant and Brewhouse from 11am-9pm.  I got the honor of meeting a very special young man named Owen Kingsbury who has shaved his head for the last five years and I’d like to share his story.

Owen is a 12 year old boy from Elk Grove.  When Owen was 5 years old, he met Lauren McCullough when their family found her sitting between their houses petting their cat.  Lauren quickly became friends with the Kingbury family.  She would babysit Owen and his sister Ava.  She became Owen’s swim coach as well.  As Owen got older, he help would dog sit for Lauren when she was out of town.  In June 2011, Lauren was diagnosed with cancer after experiencing some leg pain on her graduation trip.

At first, things were hopeful for Lauren as she beat cancer and went into remission after 9 months of chemo.  Then, in May 2013 her cancer returned.  At this point, Lauren made a bucket list as she knew her prognosis was not good.  Many things were checked off her list like meeting Gordon Ramsey and seeing Hell’s Kitchen, going to Vegas, getting a tattoo, and more.   One of the items on her list was to get married so her baby-sitting co-op group threw her a wedding where Owen was the ring bearer.  Lauren also advocated for others going through childhood cancer.  Lauren’s life was tragically stolen by cancer on Feb 2, 2014.

Owen and Ava with Lauren at her wedding. Photo courtesy of Marta Kingbury.

The first Elk Grove St Baldrick’s shave event happened in April 2014.  Her family and friends put on the event because Lauren was extremely passionate about spreading awareness for childhood cancer and fully endorsed St Baldrick’s on her blog.  The St Baldrick’s event is Lauren’s legacy.  Every single year since this first year, Owen Kingsbury has shaved his head.  He started when he was 8 and does not have any plans of stopping.  Every year, Owen and his mother Marta go speak to Owen’s class about pediatric cancer and St Baldrick’s.  He told me “It doesn’t matter how you look, it matters if you make the dollars to help childhood cancer.”  This sweet young man is carrying on the legacy of Team LaurenStrong.  Go here to donate to Owen’s St Baldrick’s page.

How You Can Help

St Baldrick’s is always looking for more people to shave their heads for this amazing cause!  People can sign up to be on Team LaurenStrong and raise money in person or online.  On March 22, come down to BJ’s Restaurant and Brewhouse and the amazing team over at Trim & Colour Hair Studio will have volunteers out to shave free of charge.  Men, women, boys, and girls will shave their heads that day.

On March 22, the amazing Team LaurenStrong will set up and stay at BJ’s from 11am-9pm.  They set up tables of raffle prizes.  This year they have movie tickets, restaurant gift certificates and even bagels for a year as prizes.  They are still looking for more prizes as the raffle brings in additional money for the cause.

Donate to a Shavee

There are many shavees on Team LaurenStrong who have not met their fundraising goals yet.  Pick one, make a donation, and encourage them as they prepare to brave the shave!

The March 22 event is open to the public.  You can come any time during 11am-9pm.  Stop by the Team LaurenStrong tables in the parking lot to pick up a flier and BJ’s will donate a portion of the proceeds from any food or soda you purchase to St. Baldrick’s.  Raffle tickets will be available for purchase that day in the parking lot as well.  In the evening, you can cheer on the shavees as they get their heads shaved right in the parking lot.  You can find more information on this event on their event Facebook page. 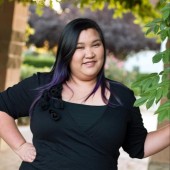