After much pondering and consideration, Andres Ramos has decided to run for Elk Grove City Council in District 2.  District 2 area is most of eastern Elk Grove which includes communities like Old Town, Sheldon, Fallbrook, and Hampton Village. He will be running against Pat Hume in this November’s election.  Ramos has joined race because he wants to serve Elk Grove and end business as usual at City Hall.

“I will bring a new perspective to the City Council that better reflects Elk Grove’s values and prioritizes our residents’ needs.” says Ramos.

Ramos grew up in Elk Grove and has served our community in many capacities. He got interested in politics during  Bill Durston’s run for Congress back in 2008. In 2009 he joined Ami Bera’s campaign for Congress. Afterwards, with the California Voter Project he registered Democratic Voters.  As previous Secretary for the Green Democratic Club and Latino Democratic Club, and as previous Co-President of the Wellstone Progressive Democrats of Sacramento, Ramos has had a lot of experience in leadership positions within the Democratic party.   Appointed by Gary Davis, Ramos also served on the City’s Multi-Cultural Committee. In this regard, he worked to make Elk Grove a more inclusive city that celebrates our diversity. He also served on California’s Electoral College in 2016.

Prior to law school, Ramos worked as a substitute teacher and para-educator in the Elk Grove Unified School District. Recently, Ramos graduated from UC Hastings School of Law. He spent the last several months at the State Capitol working on a array of statewide issues, such as housing and education. He is  preparing to take the California State Bar Exam this summer and spends hours studying for it.

Ramos says we are facing an affordability crisis in housing, employment, transportation, and cost of living.  He added, “Making Elk Grove more affordable and inclusive will be a top priority.” Housing affordability, according to Ramos, is a primary concern in the City of Elk Grove.

He says he will advocate for smart growth that plans for infill, mixed-use development, and planned for business development. This, he says, will create both high wage jobs and affordable homes for all residents.

“We also need change at City Hall,” he says.  “The City Council’s growth priorities have been misguided, exacerbating our jobs-to-homes imbalance, traffic congestion, and impacting our quality of life.” he added.

He continues, “Now, they want more growth and misguided development by expanding our city boundary.”  In addition, Ramos says the City Council has grown out of touch with residents.

Recently, he explains,  the City Council (excluding the mayor) decided to preserve the city’s antiquated electoral system which protects them from challengers.  He does not believe that it was a good idea for the City of Elk Grove to let go of it’s former manager Laura Gill. “Last month, the City Council (excluding the mayor), voted to fire the city manager without cause (and despite agreeing that she was doing a good job), costing taxpayers over $300,000.” It’s clear that Ramos believes that Laura Gill’s termination or departure is unjust.

“It’s time to reset priorities at City Hall.”  He says he will advocate for greater accountability at City Hall by supporting neighborhood elections. According to Ramos, the current outdated election system that protects incumbent politicians.

Ramos also says he will propose campaign finance limits so that Council Members are not beholden to special interests that can contribute large sums of money to fund their campaigns.  And will ensure that the City Council invests in our community, rather than wasting taxpayer money on misguided decisions.

Ramos supports equality for all lesbian, gay, bisexual, transgender people. He supports a women’s right to choose. He believes that some wars are senseless and should end. As an advocate for immigration reform he supports the DREAM Act. As a product of public education Ramos wants to preserve the high quality of public education. Ramos supports universal single-payer healthcare. With regard to our system of justice, he would like to repeal the death penalty. Though he has his own religious beliefs, he believes in the separation of church and state.

Ramos thinks he is the ideal candidate for District 2. “I think as someone who would be the youngest council member, but who also has spent two decades growing up in Elk Grove, I think I am a good bridge between both our past and our future, and District 2 is very representative of that.”

If elected, Ramos would be the youngest member of the Elk Grove City Council and the only attorney, assuming he passes the California State Bar Exam this summer. 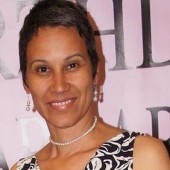