The second annual Hmong Midsummer Night  Market was held on Saturday, July 20th from 4-9PM. This was a spectacular event hosted by United Hmong Shaman Temple. Lucky Lotus, Stick2gether Cuisine, and Chou’s Food Express were among many of the new food vendors at the annual Hmong Midsummer Night Market. Compared to last year, it was not held at The Falls Event Center. Instead, it was held at the Laguna Town Hall. Unfortunately, we only get one day of this exciting event.

Performances were held at the outdoor amphitheater. Viewers were encouraged to bring blankets to sit down and enjoy all the live performances. Here is how it was laid out this year.

A night market is nothing without its entertainment. Throughout the event, there were live performances from various artists such as Leon Yang, Audrey Svay and Fernando Romero, Bella Lor, and the Weabz, to name a few. Amongst these artists was a group of dance performers. I was able to catch up with them and take a quick picture before they checked in for their performance.

During intermission, everyone is encouraged to roam around and grab food. Well, you don’t have to wait until intermission to do that. I sure didn’t! The moment I arrived, I went to check out all the vendors that were there then made my way to the food vendors last.

Most food vendors were located further away from the other outdoor vendors but close by the stage (on Mumford Ct.). Working my way from the stage the first vendor anyone would notice is Lucky Lotus. They serve smoothies that come in many flavors with boba. On a hot day like this, who doesn’t want one? That was the reason why the line was LONG. It took me about 40 minutes from the start of waiting to finally receiving my order.

Along with the smoothies, I also got an order of papaya salad. If you’re allergic to peanuts, this one will not work for you as they serve it with peanuts. All in all, they were really good!

After I got my order, I made sure I made my way down the road to check out every single food vendors. As you get further towards the end where Mama’s Teriyaki Food Truck is, there were fewer people and less crowded. Two food vendors that stuck out were Stick2gether Cuisine and Chou’s Food Express. They were so friendly, they let me get some close-ups with the deliciously looking grilled meats.

So, aside from the delicious food and live performances, what else is there? Well, there were lots of non-food related vendors that anyone can check out if they felt the need to. Some of the neat items found were some handbags, jewelry, and books. Aside from small businesses, SMUD, Volt Workforce, U Smile Dentistry, and a few other local businesses were present.

The night was still young, but I left the event after being there for a little more than 2 hours. Overall, I enjoyed this year’s Hmong Midsummer Night Market. It has improved a lot since last year’s event. The crowds were manageable and there were more vendors and more variety in terms of the types of vendors. It was fun and entertaining to check out with my family.  If you missed out on this year event, don’t be too disappointed. Be sure to mark your calendar for next year! I  don’t doubt they’ll continue to have many more in the coming years. 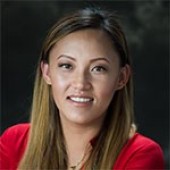 Elf Jr. The Musical this Weekend