Voiceless No More: How One Communication Device is Making a Difference

When autism steals a child’s voice, a parent will do anything to get it back. From PECs to sign language to communication devices…no stone is left unturned. One boy named Zach was just beginning to speak when autism stole his voice. There were mamamamamas and dadadadas and up and Bo until there weren’t. But it wasn’t silence that came. It was screaming and crying and moaning.

Trying Everything to Communicate

Speech therapists tried to recover the voice. The M.I.N.D. Institute was undertaking various studies on loss of language development, and Zach was a participant. Hyperbaric oxygen treatments were said to elicit speech. High dose vitamins. Rosetta Stone CDs. Epsom salt baths. Even stinky creams applied to the bottoms of the feet. There was no restoration of Zach’s voice.

In the summer of 2017, a company named Tobii Dynavox announced the release of a new assistive communication device called the INDI. The parents had tried different apps for communication but they were lacking something. The INDI filled a need. Completely transportable, lightweight, and dedicated to comprehensive communication, the INDI seemed like the just right fit for this little “Goldilocks.”  When the salesperson provided a demonstration, Zach easily, intuitively navigated his way to the food page and requested a treat. Not once, not twice, but three times during the half hour visit. It was important to get the INDI for Zach.

The INDI is totally customizable. Buttons can be created, deleted, edited, moved, copied, and pasted within seconds. Pages can be organized to suit the needs of the individual. If the images provided in the library are not just right, the camera feature allows a picture to be taken and used as the button image. When the INDI arrived at Zach’s house, the parents spent many late nights getting the INDI ready for Zach.

The delight was apparent when the device was revealed! Zach immediately requested an activity. The device has been by his side every day since then. Even on a flight across the country.

It was on that flight that Zach met Sam. Until then, most communication from Zach on the device was directed toward his family or school staff. When Sam, one of the flight attendants, asked Zach what he wanted to drink, Zach looked up but was silent. Sam hesitated but didn’t dismiss the silence. With quick button-making and a little prompting, Zach was able to ask Sam for a club soda. And Sam, delighted, offered Zach an entire can of soda plus some cookies. Zach thanked him. Sam said “You’re welcome, Zach.” This was a pretty typical interaction between two people, but also one that doesn’t necessarily exist in the world of a nonverbal person with autism. That’s where a communication device that works makes all the difference.

Zach may have enjoyed that soda a little more than any other soda. He sat up a little straighter in his seat. Looking out the window, he may truly have felt like he was floating on air. He did something we all do. And we all likely take those brief moments of communication for granted. In that moment, three adults gave each other a knowing smile. They certainly did not take this moment for granted. The kindness and patience in Sam’s heart allowed a boy with autism to be treated just like everyone else. 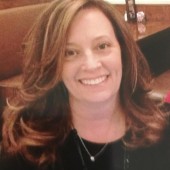 Keri is a special needs parent and a veteran high school English and journalism teacher. She started her own blog, KeriMeHome, in 2017, and also freelances for Sacramento4Kids. In the past she has also written for Stargazer Magazine, and other publications. She began her journalism career as an editor for North Shore Magazine in Chicago. She enjoys writing, reading, painting, hiking, gardening, cooking, wine tasting, and practicing yoga. Keri has a passion for creating awareness for and acceptance of differently-abled individuals. You can connect with her via KeriMeHome Facebook page, follow her Twitter @KeriHoron, or check out her blog KeriMeHome.

Announcement On Monday Regarding MLS Coming To Sacramento

EGUSD Board Of Education Open Seats