Each fall, students in the Elk Grove Unified School District have the opportunity to show off their spelling skills against one another in a spelling bee. On Tuesday, December 3, approximately 45 students gathered together for a friendly competition. After nine grueling rounds and words too difficult to pronounce for the average person, Ogemdi Fox of  Elizabeth Pinkerton Middle School was declared as the winner of the Elk Grove Unified School District’s Spelling Bee! His mom cheered him on after he spelled “cantilever” correctly. The runner up was Pratham Rangwala from Toby Johnson Middle school. Rangwala was also last year’s winner of the EGUSD Spelling Bee.

EGUSD Spelling Bee Champion Ogemdi Fox on the left and runner up Pratham Ranwala hold on tight to their rightfully earned trophies.

Those who participated in the district spelling bee came from over 40 different schools. Each participant won his or her school’s competition and moved on to represent their school at the district level. This year, two spellers returned for the fourth time. Astonishingly, there were five 3rd graders at the EGUSD Spelling bee battling it out with other students up to the 8th grade. While Fox was crowned winner, all the students at the district competition can participate in the Central Valley Spelling Bee. This will be sometime in late winter or early spring. Students only need to request to participate in order to enter. The winner of the Central Valley Spelling Bee may participate in the Scripps National Spelling Bee held in Washington D.C.

While this was a friendly competition strictly for fun, students still have to follow rules set forth. For example, Fox had to be the only one spelling his word correctly in the final round. Then, he also has to spell the “championship word” correctly. Failure to do so means a new round starts and all spellers from the previous round participate. Even more, they can restart the spelling of a word, but they must keep the letters that were previously stated. Appeals may also be made but must be requested before the completion of the round a decision was made in. With all these rules, it can be intimidating, but the spellers were calm, cool, and collected.

As LaRae Blomquist, an EGUSD employee and spelling bee organizer say, “It’s always such a positive experience to see a room full of excited and invested audience members cheering for participants of an academic event like the EGUSD Spelling Bee! This year had a bit of a sense of ‘overtime’ when just a couple of students battled back and forth, trading opportunities to be crowned district champion before Ogemdi Fox hit the metaphorical winning shot by spelling ‘cantilever’ correctly.” Students always work very hard to participate, and for that, we are all proud of our local students. So congratulations to all of those who participated and did an outstanding job representing their school!

Spelling bee participants proudly showing off their certificates and medals. 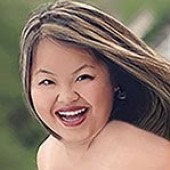