My name is Jacqueline Cheung (Jax). Please call me Jax.

I am the Editor-In-Chief of the Elk Grove Tribune and the Owner of a local blog called Jax Chronicles. I was a part of the media team which came and met with Kristyn Nelson and her team and gave our thoughts regarding the naming of the Elk Grove Civic Center. I would like to share with you some background information first and give you some of my thoughts on the naming of the Civic Center.

On January 10 I was at the Elk Grove City Council Meeting. Immediately after the meeting that night I put up a poll on poll daddy (blasting it on social media) which asked what the Civic Center should be named. I mentioned to Vice-Mayor Suen and City Council Member Nguyen that I was going to do this when I spoke to them after the City Council Meeting January 10 and I promised to share results.  I did put CNTR Point and Pendulum on this poll. Participants were also allowed to make their own suggestions. Suggestions that didn’t seem like real suggestions (like parts of the body or ParkyMcParkface) were not added.  I am attaching a screen shot of the results and also posting  links to our posts regarding this on Elk Grove Tribune. You can click SEE RESULTS to see the results in the 1st post. Only one vote is allowed via IP address and I only had the option to add a name but not to change any numbers whatsoever.

People were also allowed to rank whether how they felt about a name (Liked, Neutral, or Disliked). 60.9% Liked The Grove. The most Neutral one was Elk Grove Civic Center. 37.8% felt Neutral about it. 71.2% Disliked The Silo. 69.4% Disliked CNTR Point. 65.3% Disliked The Point.

Clearly, the majority of the people like the name The Grove and are fine with Elk Grove Civic Center, even if that is a bit boring. I was feeling under the weather and was not at the City Council Meeting last night but I did watch it from home. However, I agree with what Dennessa Atiles said. I think it’s INCREDIBLY OFFENSIVE if the City Council picks CNTR Point when, according to Kristyn’s slide, 69.4% of the people in the City of Elk Grove’s poll said that they disliked it. That would be ignoring the wishes of the majority in your own poll.  I respectfully implore you as our City’s leaders not to ignore the wishes of the people. I also think if you have to explain out a name like CNTR Point, it’s already too complicated. Nobody would say CNTR. Should you name it CNTR Point, it would likely be shortened to The Point.  I will point out that in the City of Elk Grove’s own poll, 65.3% Disliked The Point.

My advice is simple. You may not want to ask for the public’s opinion if you aren’t going to really take it. So I wouldn’t put a poll out if you’re just going to make a decision on it. Having solicited public opinion I would NOT pick CNTR Point when 69.4% said they dislike it and 65.3% said they dislike The Point in the City of Elk Grove’s own poll. I really think there will be a huge outcry if you do. I’m already hearing it.  I’m already hearing it just from people who were at the meeting last night and who comment and reach out to us. Consider The Grove or variations of The Grove such as CommUNITY Grove and Elk Grove CommUNITY Center (numbers 3 and 4 in the Elk Grove Tribune poll). If you are really opposed to The Grove or any variation, continue the search for names and please don’t make a decision in haste. I was relieved when the decision was postponed last night. My boss made a great suggestion in our meeting with the City of Elk Grove that I also liked. It was “The Ranch.”

Thank you for your consideration of everything I have said. I wish you the best of luck as you continue to lead our city and for your efforts to choose a name for the Civic Center, oversee the development of Elk Grove, and navigate through the racial tensions in our community. 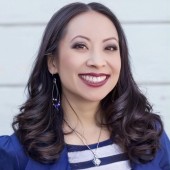