Elk Grove is one of 35 Champion Cities in the Bloomberg Philanthropies 2018 Mayors Challenge. In other words, Elk Grove has earned a top spot in a national competition and is moving on to the next phase. The grand prize is a $5 million dollar grant.

Cities across the United States submit proposals that will use technology and innovation to solve major issues within their districts. Elk Grove’s proposal is to create a universal rental application that would match applicants to homes for which they meet the minimum qualifications.

According to the proposal, most low-income residents in Elk Grove spend more than 30% of their income on housing. In addition, the cost of moving can be a burden due to costly application fees. Because of this, the proposal seeks to streamline the application process while also reducing its cost. This could benefit upwards of 1,000 households in Elk Grove.

Cities wishing to compete in the Mayors Challenge submitted bold, creative, and fresh ideas to address major issues. The main criteria for selecting finalists is that the proposals must have vision, potential for impact, implementation plan, and potential to spread to other cities. Elk Grove mayor Steve Ly said the plan could “create a blueprint that could help countless others in California and throughout the country.”

Now that the finalists have been selected, the competition moves to a six-month “Test, Learn, and Adapt” phase. During this phase, Elk Grove will refine and test the proposal before submitting a detailed proposal in August.

The grand prize for the competition is a $5 million grant. Four more cities will receive $1 million each. Therefore, the potential impact is tremendous. The winner will be announced in October. 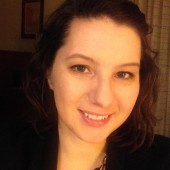 Governor Newsom Declares State Of Emergency In Response To Wildfires

Robbery At The New Chevron Gas Station In Elk Grove